Anorexia in Teenagers: Recognizing the Signs 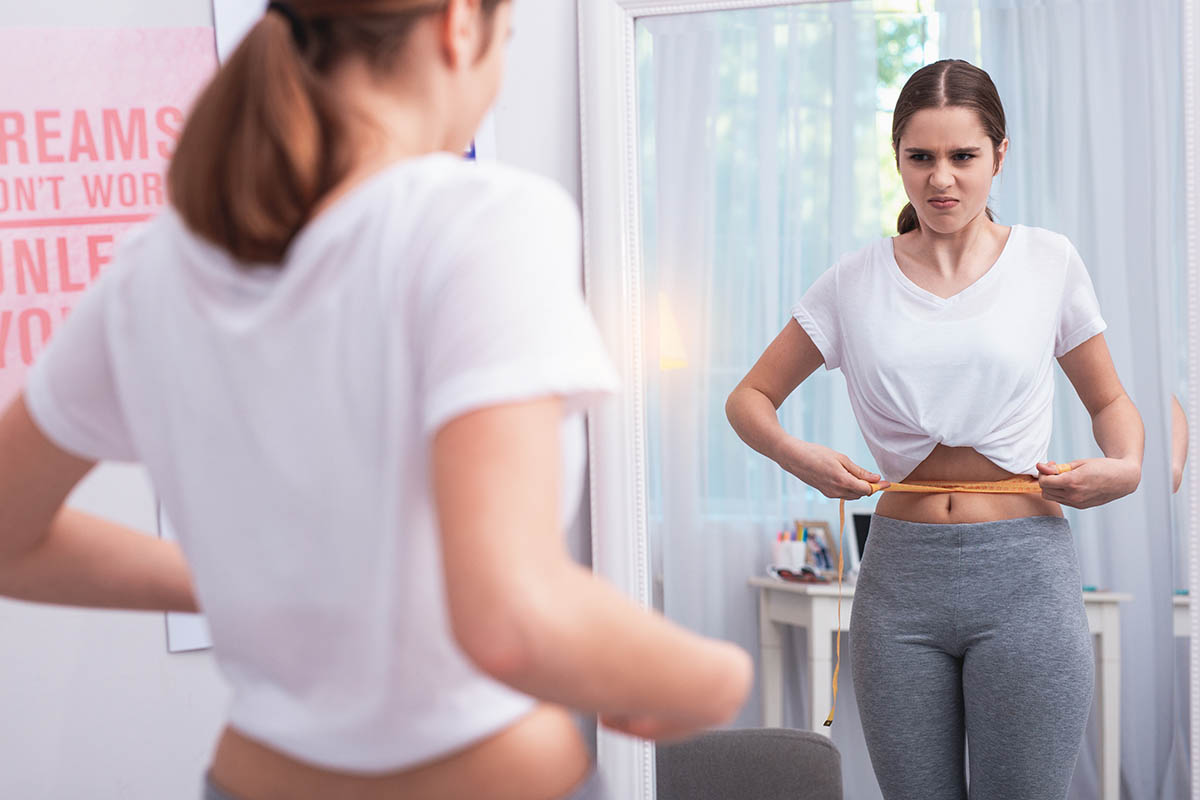 The majority of anorexia in teenagers occurs in upper- and middle-class families, but it can happen to anyone across all demographics. That’s why it’s essential to seek medical advice if you believe that a teen you know is struggling with this disorder. If someone you love struggles with an eating disorder, please reach out to Southworth Associates at 844.521.0523 today to host an eating disorder intervention.

What Are the Symptoms of Anorexia?

Some of the most common symptoms of anorexia that you should watch out for include:

A teen with anorexia may also be socially withdrawn, moody, or depressed.

Anorexia nervosa is most likely to be caused by factors such as:

The typical teen who gets anorexia nervosa is a female who is hard-working, resistant to change, perfectionistic, and introverted. They may have low self-esteem and be prone to avoiding risky or harmful situations or behaviors. They may also have a distorted body image.

Most people who have anorexia begin with a standard diet of some kind. They may become overly focused on increasing the output of calories or minimizing the intake of calories. Initially, this reduces their anxiety, but the habits may cause increased stress, anxiety, and a negative mood over time. In severe cases, there could be physical health concerns.

Are There Different Types of Anorexia?

No. There is only one type of anorexia. Teens with anorexia limit how much they eat and may over-exercise. They may also try to control their weight by forcing themselves to vomit or using laxatives or diuretics.

How Is Anorexia Nervosa Diagnosed?

A physician or psychiatrist can diagnose anorexia nervosa through a series of medical and psychological tests. It’s essential to take your child in to see a professional as soon as you believe that anorexia may be a concern. Early treatment may help them get these feelings under control, so they can eat healthily without lapsing into extreme restrictive episodes or binging.

Yes. Anorexia is treatable with family therapy, nutritional rehabilitation, behavior modifications, and cognitive-behavioral techniques. The good news is that an expert treatment team can reverse the condition in most people. Then, your teen can manage the feelings that lead to undereating or excessively focusing on food. Unfortunately, there is a real risk of death without treatment due to malnutrition, damage to the heart muscle, anemia, and other conditions.

Here Is How Accreditation Can Help Your Center
February 24, 2021

This site uses Akismet to reduce spam. Learn how your comment data is processed.

Help your loved one today!