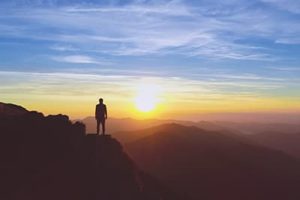 In 1993, Mr. Southworth became involved with monitoring professionals suffering from behavioral health issues, serving as the first paid coordinator of the Physician Recovery Network (PRN) on behalf of the Idaho Medical Association (IMA) and the Idaho State Board of Medicine (ISBM). His role included assisting physicians in maintaining their productive careers while working to protect the public.

In 1996, Mr. Southworth extended these services to the Idaho State Board of Nursing in addition to the IMA and the ISBM to serve as the Executive Director for the Program for Recovering Nurses, where he oversaw the monitoring of Nurses in recovery to assist in providing public safety. After his successful coordination of the monitoring programs for physicians and nurses, Mr. Southworth established his own company in hopes of making compliance monitoring more available to professionals and the general public.

As the company grew, Mr. Southworth continued to perform interventions all over the world and developed a “larger than life” reputation within the addiction treatment field. His participation within leadership committees such as the National Association of Addiction Treatment Providers (NAATP), The Federation of State Physicians Health Program’s (FSPHP), The Association of Intervention Specialists (AIS), and many more helped shape the field of addiction treatment for many years to come. In 2002, Mr. Southworth held the first International Treatment Center Cooperative (ITCC), an intimate, invitation-only, marketing conference designed to bring the best providers in behavioral health together. Mr. Southworth eventually landed a spot on the A&E series “Intervention” and went on to receive countless awards commending his work all over the world.

In 2011, Mr. Southworth suffered a near-fatal heart attack and was tasked by the Idaho Board of Medicine with creating a succession plan.

Forced with facing his mortality, Mr. Southworth asked fellow interventionist and then founder/CEO of Ashwood Recovery Benjamin Seymour if he would consider stepping into the role of Assistant Program Coordinator for Idaho’s professional’s programs. Mr. Seymour accepted and began his work with the state boards and professionals.

After two years of operating the company, hectic travel, and fulfilling all of Mr. Southworth’s roles, Mr. Seymour knew he would need help to accomplish the future goals of the company. Shortly after his acquisition of Southworth Associates, Mr. Seymour enlisted the help of Mr. Chad Grimm. With a background in operating an intervention, sober companion, and case management company, plus experience operating a behavioral health company, Mr. Grimm was an ideal addition to the team. Mr. Seymour brought Mr. Grimm in as his business partner to assist with the growth and operations at Southworth Associates.

Today, under the guidance of Mr. Seymour and Mr. Grimm, Southworth Associates continues Mr. Southworth’s vision, offering help anytime, anyplace. All while remaining ahead of behavioral health trends and needs within the space. Southworth Associates continues to provide intervention services all over the world and facilitate the State of Idaho’s wellness programs for licensed professionals. Southworth Associates is also the leader in compliance monitoring for private individuals all over the US. Today, the ITCC Conference is one of the most coveted invitations in the industry and has grown to provide events in Vero Beach, Florida, and Huntington Beach, California. We are proud to continue this legacy.

Whether you knew John Southworth or not, the need for your loved one to seek addiction treatment remains the same. However, convincing them to seek treatment can be challenging. As such, we provide a range of services, such as:

To learn more about our services or the Southworth legacy, please contact Southworth Associates today at 844.521.0523.

Help your loved one today!